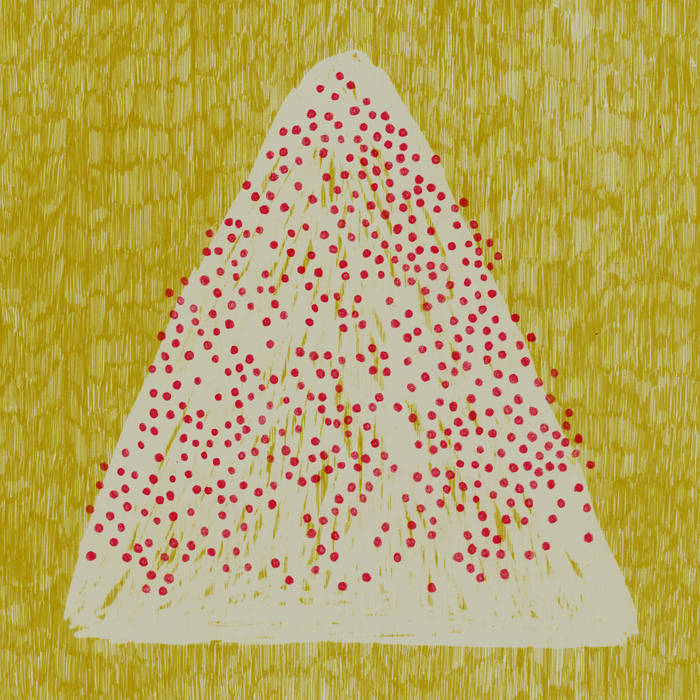 “M” is a composition based on 3 ambient pieces specifically conceived for CALAMITA/À.

<<Driven by an inexplicable sense of loss, I get in the car and take off to that part of the world that my memory pictures, I don’t know why, in the remains of a concrete staircase that has been resting at the edge of the road to Cortina. I travel under a heavy rain visualizing what most has struck me of that work, once useful and now maybe gone: those little steel dots curled on themselves, almost shrivelled after they were plundered of their massive cover in a 70-metres-tall fraction of time in which 50 millions cubic metres of water were compressed. The windscreen wipers scrape the glass while an indefinite sign, long suspended in the silence of my busy dreams, starts taking shape while my sight lingers on the Vajont dam’s deep grey.

A consonant, that’s what that sign is. A simple consonant drawn on the side of a mountain not domesticated by mass tourism. The engraving left as a reminder and an indelible memory: a powerful “M” signed with the hatred only an evil creature can express.

Turning on the radio, I watch and listen. On the dashboard’s viewer again the cursed consonant appears while the booth gets filled by dense sound filaments, as dense as was the nuked composition of deadly little drops that foretold the coming of the great wave.

I put the equaliser in place as I best can while the viewer gets lit up formulating numbers accompanied by the voice of an angel that starts announcing them in a language unknown to us: “Four Eight Seven, remember these numbers, do not forget”, it seems to say. It does so agreeably, in a way that is veiled with utter melancholy while the sounds smooths off, stops for a moment to start again its run as that of that implacable foam, down down until the valley floor.

I open my eyes, around me the calm space of the Lagoon, in my mouth the bitter taste of crooked steel and in my eyes still the image of what is left of a concrete staircase with its few steps looking onto that side of the world that keeps living into our painful memory.>> Mirco Salvadori

All music composed by Enrico Coniglio. Involved musicians are owners of their music. Recorded in Venice at Tripi H. Studio on February 2015.

Guitarist, environmental sound recordist and sound artist, Enrico Coniglio (Venice, 1975) is a musician with an interest in the landscape aesthetics.

Bandcamp Daily  your guide to the world of Bandcamp